Leonardo DiCaprio is on formidable form as the ‘go-to-guy’ for cinematic biopics. We’ve just seen him unleash a side we never knew existed as rollicking, hedonist billionaire Jordan Belfort in Wolf of Wall Street and now he’s slated to play Steve Jobs in Danny Boyle’s take on the Apple genius.

From movie-making obsessives, to homosexual FBI directors there’s currently little DiCaprio can’t turn his hand to. So whilst’s capitalising on his true-story streak, I think he should consider these roles:

Jeremy Renner is set to produce Portrait of An American Rebel, but as of yet isn’t signed up to play the charismatic motorcycle enthusiast. DiCaprio hasn’t played another actor before, so the meta-ness of that could be a draw and he’s frequently papped riding about on his motorcycle. Failing that, I’ve heard an Evil Canevil biopic might be happening.

Can Leonardo DiCaprio sing? Who knows? But if he can, well then he’d be a sure-fire hit to emulate the dulcet tones of the legendary Sinatra. What’s more Martin Scorcese is lined up to direct. And I’ve heard these two are pretty good at making films together…

At one stage Al Pacino was thought to be Scorsese preferred choice for the role, but with rhythm like this, how can he resist Leo?

The White House is a territory that has hitherto evaded DiCaprio on the big-screen. However the idealistic Wilson, elected in 1912, left behind a legacy of progressive politics, a role arguably perfect for DiCaprio, well-know for his humanitarian agenda and contributions to environmentalism.

(Warner Bros. has actually picked up the rights to develop this film, based on the biography ‘Wilson’ by A. Scott Berg and the rumour mills are churning that DiCaprio is actually attached. So this might be the most likely prediction of them all). 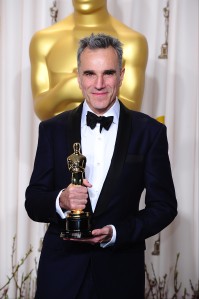 Failing that, if DiCaprio is still itching to get a taste of presidential power, Teddy Roosevelt might also make a suitable candidate. The Academy Awards have a history of bestowing Oscars upon wannabe-Presidents (Daniel Day Lewis as Abraham Lincoln, most recently) so, this could be DiCaprio’s chance to finally get his hands on that coveted golden accolade.

Warner Bros. have optioned the rights to the biography of legendary choreographer and director Busby Berkeley. Infamous for his opulent, spectacle-driven production numbers featuring lots of female leg (having dated his fair share of Victoria’s Secrets models, it’s something Leo no doubt has a good eye for), this could be a fun role to see DiCaprio in. Berkeley was also married six times, which makes for an interesting romantic subplot.

FYI, Hollywood, if any of these roles DO happen, I expect some credit in royalties. As a gesture for my omnipotence, you know….