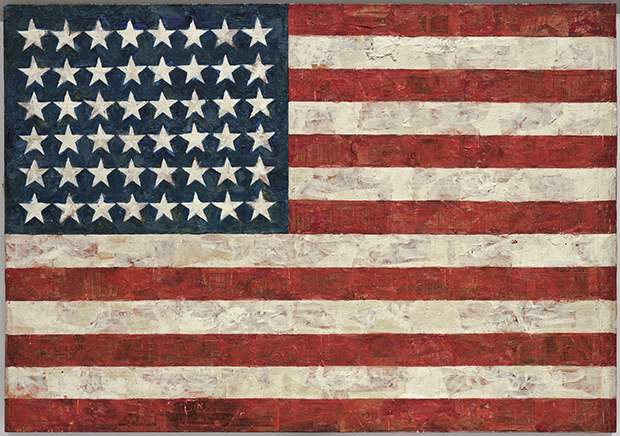 Arresting and squirm-inducingly intimate, this is a defiant depiction of obsession and desire, in all its forms – ugly, unrequited, unruly. Based on Chris Krauss’ memoir of the same name, Transparent’s Jil Soloway is arguably the perfect helmer for this provocative source material and in her hands it becomes even more cerebral and transgressive.

The art world might be alienating to some audiences, but Kathryn Hahn’s aptitude for awkward charm and Kevin Bacon’s aloof roguishness are enough to keep you enthralled. (If you need more convincing there is a scene where he is shirtless and carries a sheep.) The soundtrack, cinematography and direction are also astonishingly good, with Andrea Arnold taking the ropes in a few episodes, utilising the raw-nerved, hypersensitivity on which she has made a career to sizzling effect.

Reed Morano has long been a favoured cinematographer of mine. Since seeing her work in Frozen River, Little Birds & For Ellen I have been enchanted by the visceral, vérité-style of her shots and her gorgeous attention to detail. It was exciting news then to hear she’d be given her biggest platform yet directing and executive producing The Handmaid’s Tale for Hulu.

A damning and darkly modernised version of Margaret Atwood’s novel, there’s a spiky wit and stylishness which pulsates throughout. Its self-reflexive, pop-cultural nods are put to particularly good use in the soundtrack department, as seen in the first two episodes when Leslie Gore’s ‘You Don’t Own Me’ and Simple Minds’ ‘Don’t You Forget About Me’ play towards the end. Its spine, however, never loses its morality or for that matter, its chill. Despite the hubristic sense of humour, The Handmaid’s Tale sadly remains a timely tale of female subjugation and exploitation.

The casting is also cunningly brilliant. Elisabeth Moss might just be the hottest property in television right now, what with Mad Men and Top of the Lake also on her CV, and her Offred is another bastion of strength, smarts and vulnerability. Samira Wiley and Madeleine Brewer, of Orange Is The New Black fame, also appear as fellow handmaids, whilst Alexis Bledel as the mutilated Ofglen will make you forget she ever played Rory Gilmore.

This is tense, imaginative and rousing TV. Poignantly performed and executed with exacting technical precision, it’s hard to watch but you won’t be able to tear your eyes away.

Teresa Palmer plays a nervous solo traveller in Cate Shortland’s third and most accessible film yet. As a Berlin-based romance turns sour, and as the title alludes to, escalates into a hostage situation, what begins as moody indie fare turns into something weird, intense and cerebral. The muted performances and consistently menacing, irresistibly mounted cinematography breathe life into a somewhat spare plot. However, predictable this is not. Shortland explores the predator/prey dichotomy with a startling empathy, and eschews the cliché of villain/victim to summon something as sensitive as it can be sickening. As in her debut Somersault, and follow-up Lore, Shortland continues to prove herself a brilliantly tactile and evocative director, weaving a texture at once sensuous and suspenseful. It might be minimalist in design, but the effect is resounding, with the last 30 minutes especially thrilling.

I finally got around to reading the wunderkind Emma Cline’s literary sensation The Girls. A novel so talked about its pages were practically curling under the weight of expectation. And sadly, I wasn’t wowed.

The narrative concerns 13-year-old Evie Boyd and her fleeting, though formative experience of a Charles Manson-esque cult, where a ragtag group of women worship their mysterious leader Russell. Cline is especially good at evoking the sun-drenched and soporific landscape of 60s California, as well as the bewildered internal landscape of adolescence that tempt Evie into this world. However, as a reader we’re always kept at a frustrating distance. Evie’s perspective is curbed by her half-hearted initiation into the group. She experiences some, but not all of their deviant activities and in firmly sticking with Evie’s viewpoint, Cline rather limits her own ability to delve deeper into the savagery and sadomasochism of the cult.

As The New York Times so succinctly put it:

What results is a historical novel that goes halfway down the rabbit hole and exquisitely reports back. Then it pulls out, eschewing the terrifying, fascinating human murk…Still, it’s a spellbinding story.

At a lithe 147 pages, Riley’s thoroughly British novel(la) is all the more intriguing when you consider its being shortlisted for the Baileys Women’s Prize For Fiction and that other such novels to have been nominated include Hanya Yangihara’s behemoth A Little Life and Donna Tartt’s equally weighty The Goldfinch. It says a lot about the particularity and potency of Riley’s writing that she’s considered among them. And not wrongly so. This lovely, if mordantly sad book, concerns Neve and her strained marriage to the ailing Edwyn. In vibrant brushstrokes Riley depicts quite how she ended up there and in doing so, proves herself an absolute fiend for tight, lucid prose. Take the following:

Back in the summer she’d had a birthday M&S voucher she said she wouldn’t use: did I want it? I did. She’d started her turn then as we crossed the floor to Hosiery: surrounded, as we were, by strange statuary. My mother blenched extravagantly at the gussied-up torsos, blinking hard like someone had flashed a torch in her eyes, saying she couldn’t understand why anyone would buy, wear, matching underwear.

For her sheer powers of observation and her ability to locate humour, tenderness and melancholy in the gut-wrenchingly ordinary, Riley must be commended. It’s perhaps a bit on the scant and under-sketched side for my taste, but it’s easy to relate to her exploration of muddied relationships – whether parental, platonic or romantic.

Woyzeck at The Old Vic

I saw this Jack Thorne penned revival of Georg Büchner’s classic on its first night of previews, which means I had the advantage of being completely unswayed by public opinion, but the disadvantage of seeing quite a nervy and fluctuant production. John Boyega takes on the titular role of a hard-up soldier, struggling with past traumas and drug-induced paranoia, though the setting has been relocated to 1980s Cold War Berlin. He’s a charismatic actor and can more than carry himself on stage, and here he delivers a committed, if somewhat gauche performance. Surpassing Boyega in subtlety and charm is his Irish Catholic girlfriend Marie, played by Sarah Greene (Poldark’s former squeeze apparently!), whose got the tough job of being the stable axis around which Boyega erratically rattles. The supporting actors likewise, bring presence to their occasionally stereotypical characters.

Ultimately this is a fierce and robust play about poverty, masculinity and mental-health, and the set design, music and direction all do well to limn the claustrophobic environment and its increasingly malevolent protagonist. However it struggles to reach the levels of gravitas its so desperately striving for.

The American Dream: Pop to Present at The British Museum

Warhol, Liechtenstein, Pollock – the greats are all on display in this exhibition that claims to chart ‘The American Dream’ in all its monolithic, prevailing and consumerist glory. And certainly its scope is extensive, and impressive: there are more than 200 works from 70 artists working between 1960 and 2014 on displays and art movements including abstract, minimalism, photorealism and portraiture are all touched upon. Ed Ruscha’s pleasingly geometric gas station prints and the orange glow of the California room were particular highlights.There are political allusions – AIDs, gender equality, civil rights, the Vietnam War – but the exhibition as a whole felt too hurried and surface to be exploratory or penetrating.

On reflection, I don’t think pop art is my thing. 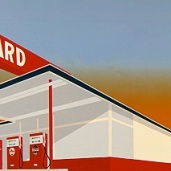 Angel Olsen knows how to make an entrance. As the woozy backbeat of ‘Heart Shaped Face’ is kickstarted by her suited-and-booted band, she appears, a few bars in and lets her soaring vibrato fill the room. It’s almost better to have not listened to her latest album in a while; to have forgotten how good Angel Olsen is, because her live performance more than reminds you. The show as a whole is muted and magical, with the volume turned way down low on theatrics or distractions, and the focus solely on Olsen’s enthralling, transporting vocals. ‘Shut Up And Kiss Me’ and ‘Not Gonna Kill You’ provided energetic interjections, but ultimately this show was an extension of her album: subdued, smouldering and sublime.