Hedonism is the beating heart of HBO’s Vinyl. Set in 70s Manhattan, it follows the tribulations of a fictional record company ‘American Century’ as they posture to bring themselves back from the brink of insolvency. Bobby Cannavale is Richie Finestra, the coke-snorting maelstrom at the eye of the storm, whose been sucked into commercial quandaries, but wants to restore the heart and soul to his floundering business. And just get back to the music, man.

It’s jarringly uneven and a little bit too full-throttle, like what you might cook up imagining what music industry moguls got up to, as opposed to feeling authentically like that story. Which is weird considering Mick Jagger co-created the show with Martin Scorsese and Terence Winter (of Boardwalk Empire fame). It would do better to leave aside some of the crazier plot-lines and focus on the details; like how an artist is ‘discovered’ and then packaged and peddled to the masses. Watching the rise of the fictional band The Nasty Bits (whose loose-canon frontman is played by Jagger’s own son James) are where some of Vinyl‘s better scenes lie; less The Godfather, more Mad Men. But perhaps the creators are just as keen to cling onto that sense of fable and legend and nostalgia.

The show’s appeal mostly lies in the costuming and soundtrack, with rock, soul & funk anthems belted throughout and some artistic musical interludes providing brief respite from the crazy antics. Olivia Wilde (as Finestra’s long-suffering wife and Warhol’s muse) and Juno Temple (a go-getting, drug-dealing assistant at the record company), meanwhile, look particularly fierce in their 70s garb. The first series of Vinyl was a bit like trying drugs for the first time. Good fun, but I’m not sure I’ll come back for more. 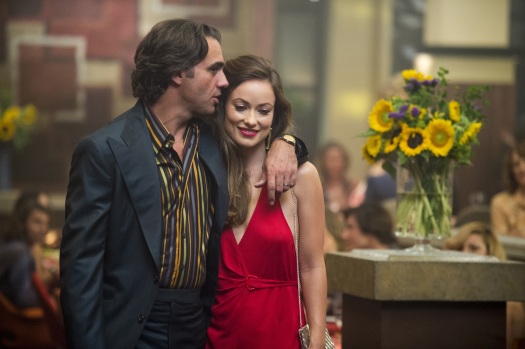 Grief Is The Thing With Feathers – Max Porter

Enchanting, devastating and unlike anything I’ve ever read, Porter’s Dylan Thomas Prize nominated novella, is an exquisite, pitch-black depiction of what it is to lose someone. That someone in question is a mother to two young boys, and a wife to a Ted Hughes scholar, left to pick up the pieces and adopt the role of sole caregiver. What ensues is something meditative, symbolic and lyrical, as the father imagines a crow who visits the family during their time of grieving. But simultaneously it gets right to the heart of what it means to experience bereavement; you’ll chuckle with recognition and perhaps even shed tears over the truth contained within its pages.

A great website where filmmakers, actors, writers, musicians, composers and other artists get together to discuss all things cinema/music/culture. It’s much more conversational and thus insightful than your standard interview, often because the subjects are friends already, or because the pairings are well thought out.

Recent highlights include Melanie Lynskey and Mary Elizabeth Winstead, as well as Haim and Lauren Mayberry of the Chvrches.

Funny Girl at the Savoy Theatre

Last night, courtesy of Mum Davis, I saw Sheridan Smith as Fanny Brice in The Savoy’s run of Funny Girl. Amid rumours that she’d canceled a performance the night before due to drunkenness, Smith had a lot to prove, and sure enough she came out swinging. A phenomenal entertainer, she never misses a punchline, nailing both the slapstick nature of the choreography and the goofy expressions, but never neglecting the pathos and brio that make Brice such a brilliant heroine. Of course everyone’s waiting for ‘Don’t Rain On My Parade’, which was rightfully spectacular, but every number was delivered to near perfection. Plus Darius plays Nick Arnstein, so there’s that to enjoy as well. The plot doesn’t quite flesh out the struggle Brice endured to achieve her Broadway stardom and smooths over many of the scandals to make for a more stream-lined show. Still, the mischievous, ground-breaking talent for which she’ll be remembered is radiantly captured.

N.B. Interesting to note that Sheridan’s understudy has stepped in whilst “Smith takes 2 – 4 weeks leave of absence from the production due to stress and exhaustion”. 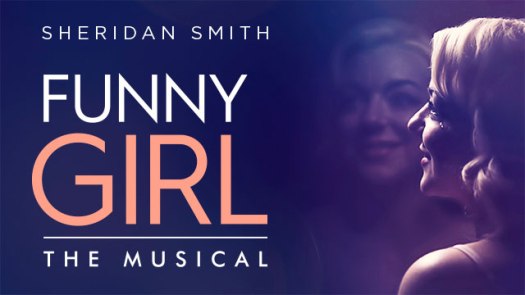 The Wonder Women Talk: Do young women really have it harder today?

The Telegraph hosted a talk at House of St. Barnabas posturing the question as to whether women of the current generation are faced with greater, and more struggles than women before them. The discussion probed whether or not millenials, with our self-imposed vanities, grandiose aspirations, sky-high rent prices and myriad quandaries (online dating, depression, student debt…the list goes on) amount to increased hardship.

I would argue that whilst ‘we’ (speaking from a white, Westernised, middle-class, female POV) have claimed a greater stake in society; politically, economically, culturally and have a voice that’s listened to more than ever before, never has there been a greater disparity between aspiration and realisation, and therefore a greater opportunity for discontent.

Because whilst we have the vote, and have been afforded hard-won rights, we’ve also been sold on the idea that this is the generation in which our success as a gender is inevitable. That women can ‘have it all’, that the limitations hitherto in place have been removed, the glass ceiling shattered and so forth. The trouble is, ‘all’ hasn’t really been defined, nor how we actually achieve it. So whilst we struggle to close the gender pay gap and progress in our careers, all without trying to seem too ‘bitchy’ or ambitious because funnily enough there’s still a stigma attached to those traits in women, we also have to contend with juggling the call of motherhood, inadequate childcare support or unjust paternity leave provisions.

Being a millienial woman is unsurprisingly, overwhelming. It’s all very well telling us we’re allowed to scale mountains and that the peak is there for us to reach, as it has been for men for centuries. But we still require the equipment to get ourselves there. And I don’t know about you, but it often feels like there just isn’t enough rope to get me to the top.

Oh, and in case that weren’t enough our bodies are more politicised and scrutinised than ever before. Our lives are increasingly spent online and it’s become harrowingly easy to degrade women with very little consequences. (But more on this in another post…)

The panel of women at the talk (Charlotte Proudman, Yasmin Alibhai-Brown, Zing Tseng and Judith Woods) shed light, or at least extrapolated on the many obstacles that women – especially of the younger generation – must confront. Answers are hard to come by and definitive change needs to be significantly more than theorised. That being said, I haven’t lived during any other era than this one. And perhaps if I were 90 years old, looking on at these twenty-somethings with the world at the fingertips I’d be laughing at how easy they have it.

These trousers. ASOS Premium Check Boyfriend Peg Trousers at the bargain price of £16 in their sale.

When I was around 18 I purchased a brilliant pair of teal tapered trousers and like the purple cords I wore endlessly during my pre-teen years, they became an absolute staple of my wardrobe. I could dress them up in a blouse and brogues and I’d have an interview ready outfit, or dress them down with Converse and a t-shirt and still feel more fashionable than if I’d flung on a pair of jeans. What’s more, for the slightly wider-hipped wearer, they were tremendously flattering – cinching in the waist and gently grazing the thigh, without any around-the-crotch tightness, or figure-hugging exposure. Inevitably, these trousers that I cherished so dearly tapered off into non-existence. Having grown thin from repeated sartorial service, they had to be disposed of. It was with great sadness I mourned their demise, as I sensed I would never find a suitable replacement and would be left utterly bereft of the perfect trouser. I looked far and wide for a stand-in; dabbling for a while in more bohemian silk trousers, garishly patterned and great during the summer, but never as chic as their predecessor. I bought a pair of herringbone trousers during university, that were marvellously elegant, but missing the all important belt loops, which for my body type are a must (anything that fits over the hips is ridiculously too big for my waist). After a while I gave up, finding solace in reliable black skinnies or navy corduroys, occasionally reminiscing about their gorgeousness when I looked at my overwhelmingly sombre wardrobe and wished intensely for a splash of colour.

Then I found these bad boys. Regardless of what a certain Netflix series might have you believe, grey is the new black, and this came with a subtle nod to their teal originals, without being so eye-catching as to attract unwanted attention (that being said the first time I wore them, two separate people went out of their way *IN LONDON. ON THE TUBE. WHERE PEOPLE NEVER MAKE EYE CONTACT LET ALONE SPEAK* to compliment said trousers). I was elated. Not just because of the price-tag, but because finally, after years my perfect trouser has found it’s way back to me and I can attempt to be chic once again.

Or rather drinking. I’ve been making a delicious peanut butter smoothie at work recently that satiates my appetite and peanut butter obsession, as well as providing that all-important morning protein hit.

Whizz, and watch the magic come together.