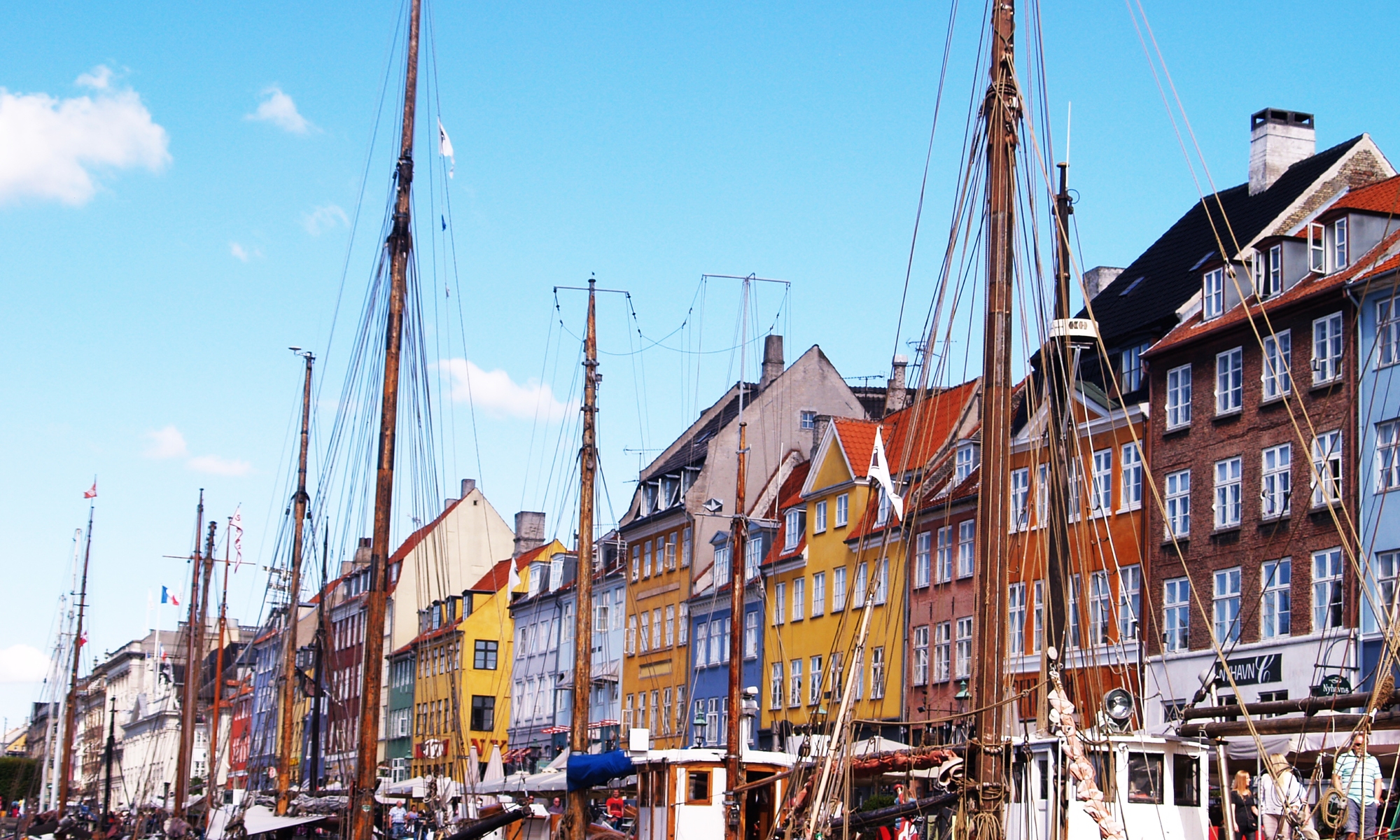 A sojourn to the Danish capital.

A mere 90-minute plane journey away, Copenhagen is fast-becoming a savvy alternative to the Paris’, Berlin’s and Rome’s of the city-break posse.

Lonely Planet have labelled it the “coolest kid on the Nordic block” and certainly it manages to combine the quaint, cobble-stone feel of a historical town with the cutting-edge design and world class cuisine of a bustling metropolis, resulting in a delightfully urbane, whilst equally sedate, experience.

The first thing you notice is the sheer amount of bicycles. They dominate every pavement, both in parked and transit form. There are wide cycling lanes adjoined to each pedestrian pavement, giving it a far more relaxed feel than the chaos that is London where cyclists basically merge onto the road and have to fight it out with buses, taxis and cars for the right to stay alive. Cycling appears to be more seamlessly assimilated into Danish culture, wherein – without resorting to hyperbole – literally EVERYONE does it.

In London you generally expect to see enthusiasts donning Lycra and trainers, whereas in Copenhagen whatever you’re wearing is deemed suitable bike-riding attire. It’s refreshingly unfussy. Their free-for-all, mixed ability attitude to cycling is decidedly appealing and it’s practicality as a mode of transport is something other cities could do well to adopt.

Our Danish digs came courtesy of Airbnb, and we stayed in a beautifully rustic, spacious and minimalist apartment in the Vesterbro area, a place I’ve come to refer to as the Hackney of Copenhagen.

Vesterbro is still shedding its former skin as a red-light district, and despite being named as Thrillist’s No. 4 Most Hipster Neighbourhood in the entire world – a result no doubt of the slow trickle of gentrification and artistry seeping into the otherwise seedy surroundings – is peppered with enough strip clubs, erotica shops and adult-themed bars to give the game away.

Still, there are some hidden treasures to be discovered amidst the sauciness. Many of which lie on the Værnedamsvej street;

After our wanderings through Vesterbro, we visited the famed Tivoli Gardens.

Tivoli is what you get if you cross Thorpe Park, Duloc (that eerie town from Shrek) and a German beer garden. It’s essentially a theme park where you pay £9 for the pleasure of strolling around and seeing everything else you have to shell out money for. If you’re feeling frivolous and particularly youthful, Tivoli is fun to check out and in the summer there are fireworks and gigs to keep you entertained for longer than the length of a rollercoaster ride. However if you’re looking to remain within a tight budget and don’t have a lot of time in Copenhagen, I would seriously ignore the guidebooks that label Tivoli a must-see and instead carve out time for the more rewarding sights.

For dinner we visited an organic pizza kitchen and cocktail bar called Neighbourhood, situated on a higgledy-piggledy street called Istedgade which sees bars and boutiques nestled among the topless clubs and surprising amount of wig shops.

It’s a vibrant, buzzing hangout where rustic, communal tables give it the neighbour-y feel and the size of the pizzas will certainly make you glad of walking home. Everything is fresh, fair-trade and tasty as fuck. The cocktails also riff-off the history of the area, e.g. “RED LIGHT LIQUID fresh, fruity, sour like a pimp”. I sampled this incredibly potent bad boy:

After which I was glad of a lie down…

My superbly planned itinerary kicked into action, with a stroll to Torverhallerne Market; an indoor food emporium that caters to all kinds of artisanal and acquired tastes.

There are two parallel compartments, one which houses delicatessens, shops and eateries, and the other which serves and sells the fresh items (fish, meat, pastries, e.t.c). The glass and steel halls, which are surrounded by trees and benches, host about 80 vendors in total, and peddle everything from seasonal herbs and berries, to smoked meats, seafood and cheeses, smørrebrød (traditional Danish open-faced sandwiches), fresh pasta, and hand-brewed coffee. Think Borough Market only more sedate, structured and Scandinavian.

We made a stop at a branch of famed porridge café (give me chance to explain), Grød, which translates as ‘gruel’ – or porridge if you’re not in the cast of Oliver! – in Danish.
It’s a haven of oat-based nourishment, and the furthest thing from bland you could possibly imagine. With a variety of toppings and additions, you can stick to the menu or create your own blend as you watch it stirred and served before your very eyes. I opted for the original porridge, accompanied by an Icelandic yoghurt called Skyr, apple compote and granola. It was nothing less than spectacular. The kind of hearty goodness that makes a crisp wintry morning (or an unseasonably warm day in a city) seem manageable.

With our souls and stomachs truly tended to, we headed to the Botanical Gardens, a beautiful expanse of greenery that boasts 10 hectares of exotic flora and fauna and makes for a delightful setting in which to relax and ruminate. 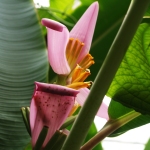 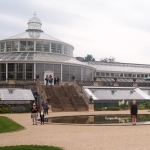 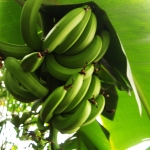 The Round Tower was next on the agenda, which as the name suggests is a striking cylindrical building, offering panoramic views of the city. What’s more, to accomplish such a feat, you don’t to have ascend a ridiculous number of stairs, but rather meander up a slope. A win-win situation if ever I’ve known one. 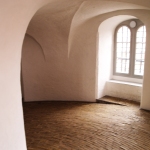 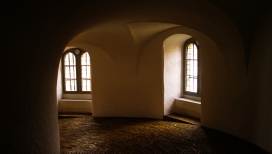 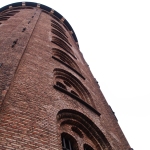 From the top of the tower we spotted the Rosenborg gardens and decided they looked particularly pleasant and deserved further exploration. We didn’t head inside the Rosenborg castle, but true to the view from afar, the surroundings were delightful.

For dinner we headed back to the Istedgade to a local cafe called Bang & Jensen that serves cheap and cheerful comfort food and cocktails. I had the bizarre blend of a vegetarian curry with several white Russians. I’m not sure I sampled everything that Danish cuisine had to offer and this isn’t the kind of place that Noma-enthusiasts would care to frequent, but for a reasonably priced and substantial meal, I couldn’t recommend anything better.

If you like avocado, Copenhagen is well-equipped to indulge your cravings. Ours were satiated at a modern establishment called The Union Kitchen, famed for its breakfast menu and balls.

Yes you read that correctly. Located on a side street off the lively, cafe-ridden and somewhat touristy Nyhavn (a.k.a the picturesque, multi-coloured panorama that accompanies every mention of Copenhagen), this dark, dive bar-esque haunt belies the jolly atmosphere and spunky attitude.

I didn’t have the balls, nor the appetite to sample the cheekier offerings on their menu. However the avocado and poached egg on toast sufficed admirably.

We immediately hopped on a Ny

havn boat tour, which ticks off most of the capital’s landmarks and architectural highlights in the lean time of 1 hour. I’d definitely recommend taking the trip in the morning, as it avoided peak time and provided delightful respite from the city environment.

During the trip you get to see the playhose, the opera house, the library, the notorious Little Mermaid (small, but perfectly formed) and various other historical facades.

Our jam (and what turned out to be avocado) packed day continued with a stroll past the Marble Church to the Amalienborg Palace (the winter residence of the Danish royal family, dahhling).

The Marble Church is a particularly impressive sight, known for its rococo architecture. Certainly, the golden and turquoise tincture of the building lent an air of opulence.

The nearby garden, fountain and sparkling view of the river make this a worthwhile place to spend some time, and we stretched out the experience even further by coinciding our visit with the changing of the guard. (Did someone say well-planned itinerary?!)

Powering forth, we then paid a visit to the Design Museum, situated mere minutes from the Palace. A bit like London’s V+A, the Museum offers insight into a variety of crafts from illustration, jewellery and fashion to contemporary furniture design and ceramics. I found the lights on display the most striking, predominantly because it afforded me the opportunity to be really pretentious and arty with my photography. 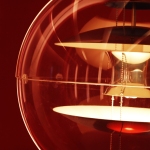 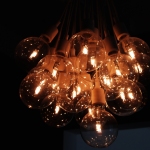 With our cultural thirsts quenched (I would have loved to visit the National Gallery and the more remote Louisiana Museum of Modern Arts, but alas I had to compromise with two philistines), we meandered on toward Kastellet – a contender for highlight of my trip.

Kastellet is deemed to be one of the most pristinely preserved fortifications in Europe, and still operates as a military facility. Cue lots of muscular army men jogging around the perimeter.

It was a very visually arresting place, with the vibrant red brick of the buildings contrasting magnificently with the blue skies and green grass. N.B. It was the kind of fresh, soft grass that I would’ve happily rolled down had I not been wearing white. (No doubt it would’ve made for a splendid Persil advertorial).

From above, Kastellet forms the shape of a pentagram and much like the bird’s eye view of its layout everything here seemed ordered and uniform. It’s a beautiful place to take a stroll (in a city that offers a plethora of areas to complete such an activity), and when combined with the glorious sunshine, it’s fully deserving of all the superlatives with which I’ve labelled it. 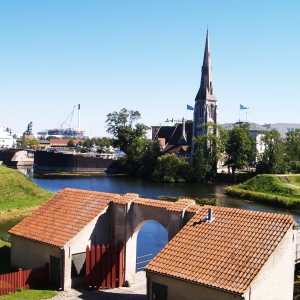 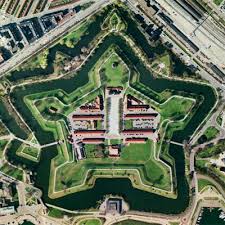 For breakfast we visited Granola, the aforementioned cafe that has it’s charmingly antiquated ambience down pat. What’s more, the breakfast is on point – offering everything from granola and yoghurt to omelettes and sausages. It’s very Parisian and perhaps not especially Danish, but it’s got a sterling reputation for a reason.

Our last day, I have to admit, I fluffed massively in the planning stakes. I mistook the buildings within Frederiksberg gardens for Frederiksborg Palace which unlike the latter you cannot visit. Secondly, the Cisternerne – an underground grotto, besieged by stalagmites was closed on a Monday.

We wondered through the tranquil grounds anyway and were rewarded with a peek into the elephant and flamingo enclosures of the Copenhagen Zoo, however there wasn’t much else here to particularly impress. N.B. the Carlsberg Brewery is nearby and offers a free tour and two free pints – also closed on a Monday. Never has a lesson in preparation failure tasted so bitter. 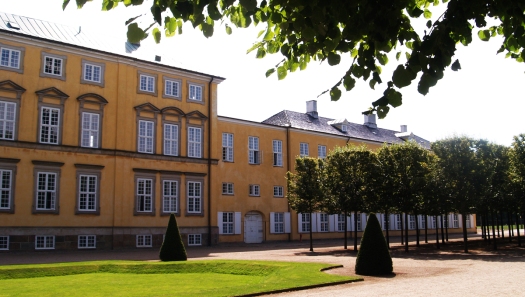 Denmark took the top spot on the United Nation’s World Happiness Report, 2013 & 2014 and came in third in the 2015 report, following closely behind Switzerland and Iceland.

Copenhagen certainly gives you lots of reasons to understand why.