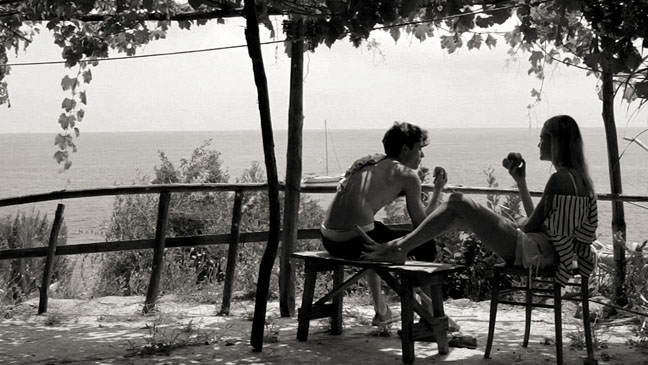 Experiencing a bout of middle-class ennui, caused by a loveless, childless marriage to her stony British, viola playing husband Leonard (Iddo Goldberg), Kate Bosworth’s Jane is begging to be jolted out of her misery. What better setting for her spiritual and sexual rebirth than the island of Ischia, a historic and exotic Italian town, where the scenery is as pretty as the boy who promises adventure.

That boy is Caleb (the effervescently charming Jamie Blackley), a 19-year-old American who lures Jane with his youthful impetuousness and memory of Italian poetry. Like a gender-swap manic-pixie-dream-girl, his gallivanting around the world with few possessions and even less agenda gives Jane just the thrill she needs to recognise – and perhaps do something about – the infuriating idle of her dreary marriage. 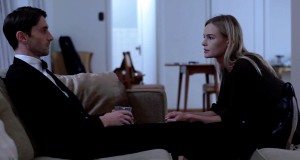 The two relationships are contrasted by fairly run-of-the-mill means. Jane and Leonard’s interactions are punctuated by stilted conversations and awkward silences, where vast spaces and turned backs depict just how incompatible they are. Their surroundings in each other’s company are lit with a cold sterility, compared to the sunshine and openness Jane encounters on her strolls around the island. Jane and Caleb, meanwhile, frolic in the sea and amongst Italian ruins, a series of flirtatious and sensuous wanderings that are captured predominantly in montage format.

At times, the narrative can be a little bit flimsy. From the moment Jane and Leonard partake in routine and unsatisfactory sex and she touches her stomach with a sense of loss and yearning, we can forecast where this might be heading. However, the delicacy and clarity with which Kat Coiro (writer and director) treats the female perspective is something to be admired. Our empathy and indeed most of the screen time is devoted to Jane, who is caught between her past and her future. This conflict has been treated with more depth and less whimsy in the past, but Bosworth’s performance and the refreshing sea breeze suffused throughout the film make for a charismatic watch. What’s more, there is real pathos and honesty in the unravelling of both relationships – neither is realistic, but both serve their purpose.

Photographed with a veneer of timeworn nostalgia (accentuated by Coiro’s homage to Rossellini), and comprising of a great many Kodak moments, there are times when this delicate portrayal of a disintegrating marriage borders on the generic. True, there’s not much substance to this stylish depiction of the liberating effect of the Amalfi coast, but even so, the romantic, evocative cinematography and glistening locations are enough to induce sympathy for Jane’s being swept up by it all.

Verdict: Beyond a simple premise and predictable denouement, lies a tender and aesthetically-stunning tale of self-discovery. Sepia-drenched and a little bit drippy, this is also wistful, enchanting and frivolous cinema.