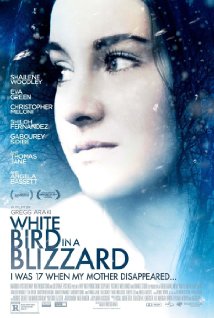 As the apt title suggests, this adaptation of the Laura Kasischke’s novel, deals in ephemerality, absence and the unknown.

Set in the Fall/Winter of 1988 and exploring the well-trodden road of dissatisfactory suburbia, director Gregg Araki almost drowns his audience with the mood of melancholia. Our protagonist is Kat Connors (Shailene Woodley), a gothic, waif-like figure who shares her friends desire to get out of this dead-end town and finds escape in music, booze and sex with her simple, stoner boyfriend (Shiloh Fernandez).

Constantly framing isolations; a lone car in a car park against a whitewashed background; the singular figure of Kat walking down a deserted road, the film aches with detachment and misunderstanding. The colours are all but saturated and the characters uniformly plod along on a conveyer belt of misspent youth and unrealised dreams.

Kat’s father (Christopher Meloni) is a meek and easily pleased man, whilst her phantom-like mother Eve (a snarling Eva Green) drifts into alcoholism and madness, as the banality of her life becomes too much to bear. Until one day she disappears altogether. 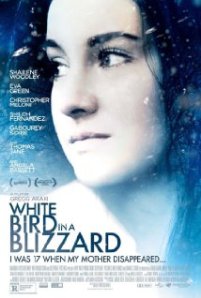 And so the mysterious element of the plot kicks in, sadly missing the vital ingredient of mystery. Kat is surprisingly calm and treats the episode as a bit of a breather from her suffocating-verging-on-stalkerish mother, whilst the detective put on the case (Thomas Jane), seems more intent on responding to Kat’s seductions than looking for Eve. Even Kat’s friends unsubtly point out they’d harboured suspicions all along, so when her dubiety kicks in they literally spout, ‘I told you that ages ago’.

Skip forward to the Spring of 1991 and Kat’s gone to college, but is still haunted by frequent and disturbing dreams of her mother. Her therapist (an underused Angela Bassett) tells her they mean nothing, but Kat’s suspicions and unanswered questions mount.

Eerie acoustics mixed with epic anthems of the 80s/90s, make for an atmospheric effect, at once nostalgic and haunting. Whilst the narrative attempts to slowly build an air of unease, like a sedate game of Cluedo, or an even longer True Detective.

The ending therefore is a disappointing mix of hasty exposition and a twist that literally comes out of nowhere. It feels almost as if the filmmakers were shooting footage alongside reading the novel, and suddenly realised they hadn’t laid any groundwork for the big finale. That’s not to say, this isn’t at times an effective and compelling film. Just that once the pieces of the puzzle fall into place, there’s a sense you bought the defective box with more than a few pieces missing.

Shailene Woodley, however, does a great job with the material she’s given and proves she’s one of the best actresses working today… Who can cry on cue. But seriously, she a very natural performer and builds on her increasingly versatile resume with her mix of angst-y adolescence and damaged soul.

Eva Green, meanwhile, whilst not entirely convincing as a suburban housewife (still exuding all the glamour that made her a perfect Vesper Lynd), does her best impression of a time bomb. As boredom mounts to desperation and increasingly oddball antics, Green sizzles with both menace and fragility. However, she predominantly appears in Kat’s surreal dreams and often feels like little more than a set piece, wheeled out for special occasions. 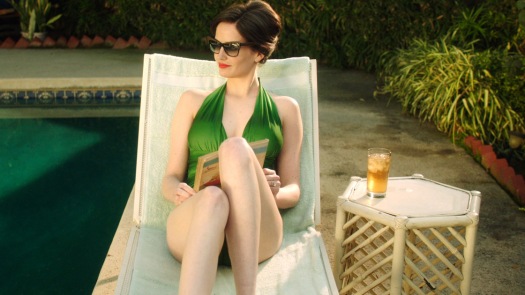 Indeed, the entire film oozes with an illusory nature, as if you might be watching one long, extended dream sequence. In fact there’s something distinctly Lynchian about the texture of absurdity and surrealism that weaves together in the fabric of this story (further confirmed by a cameo from Sheryl Lee). All the while disguising itself as a coming-of-age story built around a family mystery, the ending may just confirm its true identity as a slightly bizarre black comedy. It’s just a shame the comedy element is as absent as Eve.

As Kat muses about her vacant boyfriend, “when you scratch beneath the surface, it’s just more surface”, it rings true with this adaptation. The icy indifference that bubbles under the surface of the Connors’ marriage eventually transcends off the screen and what could’ve had you shouting at the screen ‘someone must know something?!’ ends with a disappointing shrug of one’s shoulders.

Verdict: A confused, but occasionally effective thriller. Woodley is as watchable as ever, but Araki’s eleventh film will leave an impression as long as a footprint in snowfall.