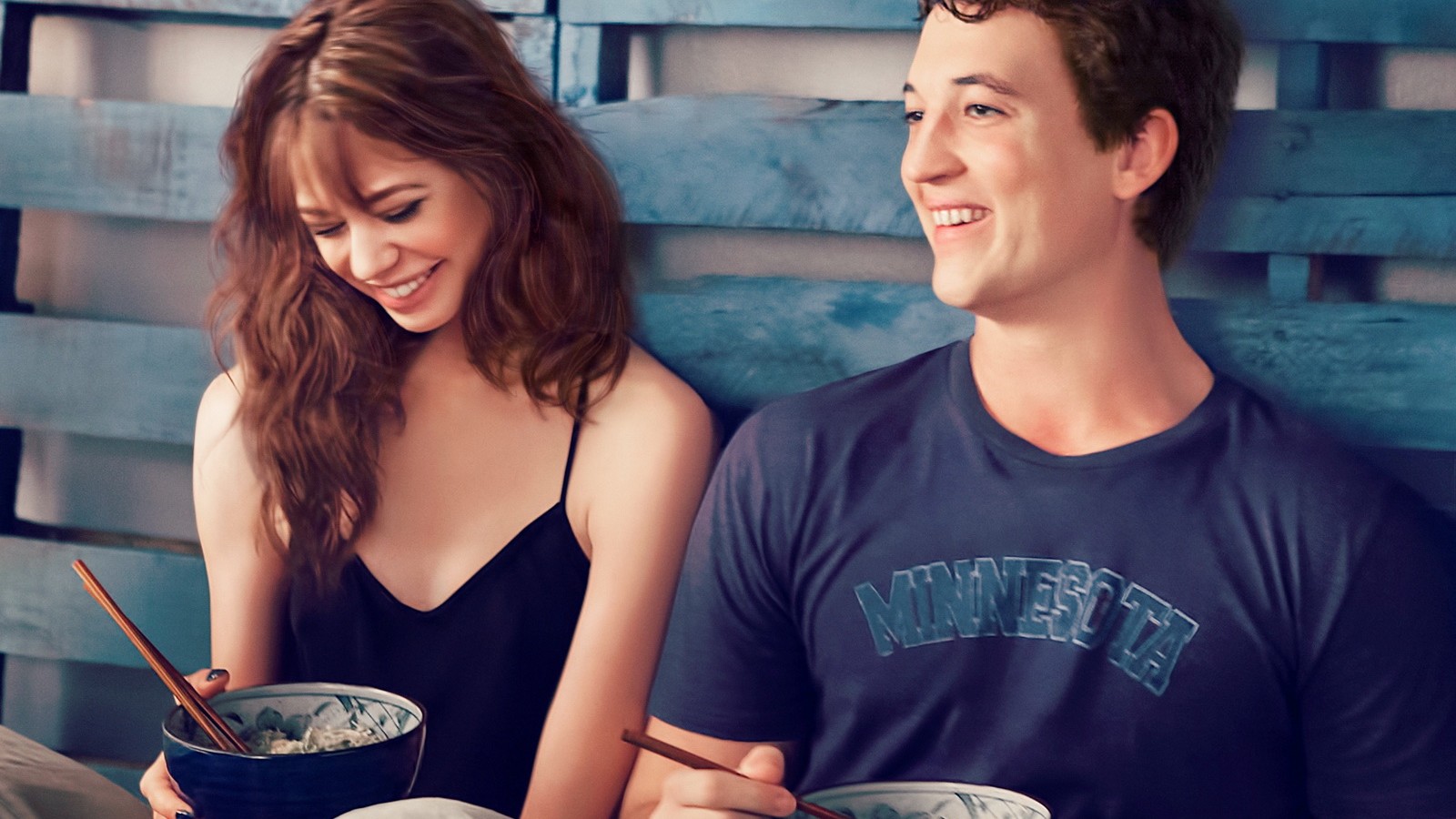 Navigating the etiquette of a one-night stand can be a tricky business. Do you stay for awkward chitchat over toast and coffee out of politeness or the hope of round 2? Or make a dash for it at the first sign of daylight?

Such is the subject of Max Nichols’ debut film ‘Two Night Stand’, wherein two love-spurned New Yorkers meet for a no-strings hook-up, only for an untimely and unprecedented snowstorm to force them together. Cue awkward conversation.

Megan, (Analeigh Tipton, of Crazy, Stupid, Love and Warm Bodies fame) is a newly single, pre-med graduate in limbo. Unemployed, lacking ambition, and on the cusp of being “sexiled” by her loved up roommate (Jessica Szohr), she resorts to world of online dating to get her head back in the game. No sooner than she’s turned down two potentials, she meets Alec (Miles The Spectacular Now Teller) and arranges to meet at his Brooklyn apartment. Only once checking his closet is free of skeletons, of course. (I’ll forgive the lightning speed of this online meet-cute for the sake of narrative progression, but if Megan were in the real world, I would expect a lot more duds before a hopeful comes along).

Cut to the morning after and Megan attempts to tip-toe away from her casual encounter like a thief in the night. But the gods, or her “magic Grandma” have other plans in mind, causing a resentful Megan and Alec to spend more time than desirable in one another’s company. But as the snow builds, the ice between them melts away.

The film takes a while to get going, sifting through various stages of small-talk, gentle banter and snow-based escapades before getting to the heart of the plot. Once Megan and Alec decide to give each other a performance review to better help their next conquests, the chemistry between leads and the pace of the films, soars.

For a super low-budget indie, with two leads and roughly one location, Two Night Stand does an admirable job of keeping viewers interest piqued and cajoling you round to rooting for this couple to make it work. Nichols makes smart use of the cramped space and screenwriter Mark Hammer throws enough obstacles down to keep the proverbial ball rolling.

Tipton’s performance varies between mediocre and adorable. She’s like a slightly less vivacious Zooey Deschanel and endows Megan with the same wide-eyed, quietly-spoken naiveté as seen in Crazy, Stupid, Love. However, she’s at her sweetest when describing to Alec what he can do to ensure she has a ‘spectacular’ time and you can understand the attraction.

Teller has proven he can do the charming, witty, unlikely love interest in the infinitely more outstanding The Spectacular Now, as well as the lesser-known 21 and Over and The Awkward Moment. As expected, he gives an intelligent performance, at once charismatic, and vulnerable. This won’t do anything special to cement his rising star status, but it certainly won’t harm it either.

The level of honestly and sensitivity regarding casual sex is also believable, if not completely refreshing.

(Women fake orgasms?! No?!) But among its other self-effacing virtues, are two relatively unglamorous leads with whom the everyman (or woman) can relate. Megan is currently fielding job offers, a.k.a. living in her pyjamas (a situation that sounds all too familiar), whilst Alec is biding his time by working in bank, because since when did we have to like our jobs? Equally appealing is the fact that both their parents are still married and they’re not scapegoating their love problems on messy divorces, broken homes or bat-shit crazy former lovers. These are just two young adults trying to figure life out and let their guards down.

The ending falls prey to slightly more hackneyed portrayals of relationships, as a plot twist sees Alec having to win Megan over. But even in its most saccharine, ‘been-there-done-that’ moments, Teller and Tipton make for an engaging pair, in a likeable story. It sure beats “sitting alone in the dark, texting”.

Verdict: A somewhat contrived, but confident and cute debut. Like the concept of casual sex itself, it’s nothing special, but will keep you occupied until something better comes along.