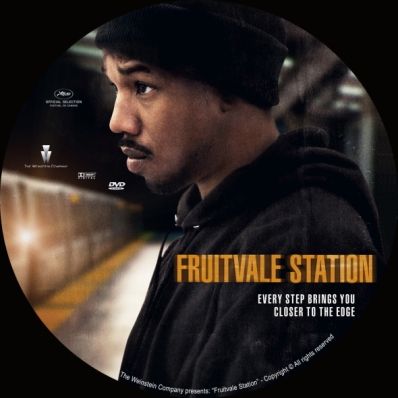 Based on the true story of Oscar Grant and the tragic events that occurred at a Californian train station on New Year’s Eve 2008, Fruitvale resembles Crash in its exploration of racial tension and a Greek tragedy in it’s palpable sense of foreboding.

After wowing at both Sundance and Cannes, it was a surprise Fruitvale didn’t become a mainstay at the Oscars too and I sincerely hope this doesn’t limit its release or the attention it gets, for this is supremely effective and affecting filmmaking.

We meet Oscar (Michael B. Jordan, of The Wire fame) in bed with his girlfriend, attempting to navigate accusations of cheating. Despite his skittish, defensive and frustrated behaviour, we also see in him a doting father assuaging bedtime nightmares and a caring son remembering a birthday. The narrative goes on to continually reminds us of this good-natured streak; giving free advice in the supermarket, helping a pregnant lady find a bathroom, washing dishes with his Mum.

However, there are larger, external forces that threaten individual will. Despite Oscar’s attempts at reform after a year spent in prison for drug-dealing, the film builds an uneasy foreboding to such intensity that it becomes a question of not ‘if’ things are going to kick off, but ‘when’. The only heavy-handed example of this climactic structure is a hit-and-run accident involving a dog, far too obviously suggesting an unfortunate and unnecessary death. Of course, the primer to the dramatic unfolding of events is real-life footage of policemen beating on young black men at a train station, subsequently imbuing the film with a trope of classic tragedy: inevitability.

The moments of superlative filmmaking however come in those downplayed; we just have to register the suspicious, hesitant glances of white folk in their encounters with the black characters to know that segregation, prejudice and racism have left an indelible mark on American society. Caught between his potential and his past, Oscar can barely avoid the expectation for him to do something wrong.

Much of the nuance in Fruitvale Station is derived from a breakout turn from Jordan, who effortlessly shifts from masculine bravado brimming with energy, to a mama’s boy in need of some TLC.

The women in Oscar’s life are also worth more than a mention. Octavia Spencer gives a performance of strength and stoicism, excavating past potential clichés to depict an emotional and strained mother-son relationship. Whilst relative newcomer Melonie Dias as Oscar’s girlfriend Sophina gives an incredibly natural and poignant turn, as the aggrieved and then bereaved – negotiating young love and the responsibilities of parenthood.

Schmaltz is never far away, and occasionally director Ryan Coogler dips his toe in a maudlin pool. The soundtrack’s reverential tone, forcedly orchestrating emotion feels unnecessary and stylised amongst an otherwise low-key and naturalistic aesthetic.

Whilst there’s also the sense we’re not given the whole story. Perspective nor reasoning is ill-afforded the macho, aggressive, trigger-happy cops that detain Oscar and his friends at Fruitvale Station for allegedly starting a fight. And whilst that suits a narrative geared towards creating sympathy for a young life wasted, complete factual accuracy might have been compromised.

Ultimately though, Coogler delivers a mesmerising and absorbing drama, excelling most when he allows his actors moments of genuine tenderness and intimacy.

The final scene is chaotic and chilling, and as the deafening sound of a fatal mistake rings clear, the film drives home a devastating climactic irony.

Verdict: Searing, relevant and requiring of a box of tissues close by. A film that will stay with you for long after the credits roll.