Skip to content
One of the perks of work experience at a film magazine is that I have the luxury of spending hours researching up and coming releases. Here are just a handful of what I’m looking forward to…
Liberal Arts 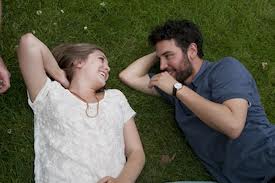 Players: Josh Radnor, Elizabeth Olsen, Zac Efron, Richard Jenkins, Alison Janney
It’s official. I have a major girl crush on Elizabeth Olsen. She is fast becoming one of my favourite actresses; with just 4 releases to her name, her performances are assured, beguiling and charming. Liberal Arts is to be her 5th credit, helmed by the equally lovely Josh Radnor. Proving his comedy chops in ‘How I Met Your Mother’ and his subtle directorial prowess in ‘Happythankyoumoreplease’, this follow-up should tick the same easy-going, heart-warming and witty box as its predecessor.
ETA 5 October
Ruby Sparks 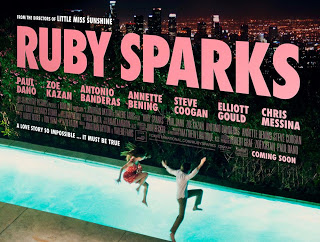 Players: Jonathan Dayton, Valerie Faris (DIRs), Zoe Kazan, Paul Dano, Annette Bening, Antonio Banderas
With several supporting turns to her name in films such as ‘In The Valley of Elah’, ‘Revolutionary Road ‘The Private Lives of Pippa Lee’ and ‘It’s Complicated’, Zoe Kazan is no stranger to Hollywood, not least because she’s the grand-daughter of the great Elia Kazan. It’s fantastic then to see her finally getting a starring role, both as actress and screenwriter, in the up and coming ‘Ruby Sparks’: a rom-com of sorts, which sees a novelist will his fictitious female protagonist into existence. A charming premise with real-life couple Kazan and Dano playing the leads (sparks will no doubt fly), I’m expecting good things.
ETA 12 October
The Sapphires
Players: Wayne Blair (DIR), Chris O’Dowd, Deborah Mailman, Jessica Mauboy
Dubbed the Australian ‘Dreamgirls’, this soulful drama recaptures the spirit of 1968 as an aboriginal girl group entertain US troops in Vietnam. With IT Crowd fave O’Dowd providing laughs this could be the feel-good surprise of the year.
ETA 2 November
Rust and Bone
Players: Jacques Audiard (DIR), Marion Cotillard, Matthias Schoenaerts, Armand Verdure
Cotillard looks to be back on Oscar-winning form as a killer whale trainer who connects with a stranger after a horrible accident. With a director known for intense and riveting dramas, (The Prophet, The Beat That My Heart Skipped) one thing’s for sure this is no Free Willy.
ETA 2 November
Silver Linings Playbook
Players: David O’Russell (DIR), Bradley Cooper, Robert De Niro, Jennifer Lawrence
Fresh from the boxing ring O’Russell serves up a dramedy that sees the romantic entanglement of Cooper and Lawrence; two complicated souls whom strike up a deal. Slated to be an intense but funny exploration of mental illness this also sees the return of Julia Stiles to the big screen.
ETA 21 November
Trouble With The Curve
Players: Clint Eastwood, Amy Adams, Justin Timberlake
After slightly mediocre fare with J.Edgar and Hereafter, hopefully Eastwood can score a homerun with this baseball family drama, which sees him playing an ailing baseball scout who takes his daughter Adams on one last recruiting trip.
It’s certainly tried and tested material; a sports movie with plenty of heart, but Eastwood has proven more than adept at avoiding the saccharine where others might struggle (Bridges of Madison County) as well as helming an emotionally powerful sports film (Million Dollar Baby), so this should be an enjoyable walk in the park for both him and us.
ETA 30 November
The Oranges 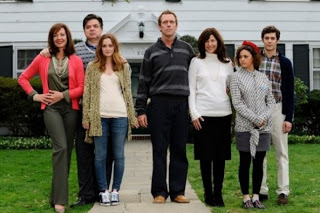 Players: Julian Farino (DIR), Hugh Laurie, Catherine Keener, Leighton Meester, Oliver Platt, Alison Janney
That awkward moment your Dad falls for his best friend’s daughter. So goes the plot of ‘The Oranges’ a modern day Romeo and Juliet if you will, which sees two neighbouring families having to deal with the romantic entanglement of Laurie and Meester. Offering up strong comedic talent and a script drenched in wit (based on an early draft I managed to read), I’m most looking forward to appearances from Alia Shawkat (the best friend in ‘Whip It’) and Adam Brody (Seth from ‘The O.C’) who will hopefully be at their sarcastic, socially awkward best.
ETA 7 December
The Words
Players: Brian Klugman, Lee Sternthal (DIRs), Bradley Cooper, Dennis Quaid, Olivia Wilde, Zoe Saldana, Jeremy Irons
Having premiered at Sundance 2012 we should expect a UK cinematic release sometime soon. Good news indeed as this multi-layered narrative, moving backwards and forwards in time looks to be an intense and thought-provoking film. Featuring some delectable acting talent and a literary narrative basis about a writer who must pay the price for plagiarising, I am already hooked. Shame about the title though.
Zero Dark Thirty 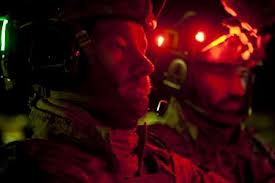 Players: Kathryn Bigelow (DIR), Joel Edgerton, Jessica Chastain, Mark Strong
Directorial goddess Bigelow follows up The Hurt Locker with equally powerful and political material chronicling the decade-long hunt for Bin Laden after 9/11. Starring man and woman of the moment, Edgerton and Chastain, respectively. Should be explosive.
ETA 25 January
Elysium
Players: Neil Blomkamp (DIR), Matt Damon, Jodie Foster, Sharlto Copley,
Undoubtedly one of the most hotly anticipated films of 2013, Neil Blomkamp’s District 9 follow-up looks set to be a blistering sci-fi action movie. Unflinching graphics, profound morals and a killer cast. Roll on March.
ETA 1 March
Robot And Frank
Players: Jake Schreier (DIR), Frank Langella, James Marsden, Susan Sarandon, Liv Tyler, Peter Sarsgaard (voice)
In a world overrun by technology an ex-jewel thief and his robotic butler buddy up to pull off a heist. The trailer looks adorable; think ‘Moon’ crossed with ‘The Sting’, with an added dose of light-hearted fun.
ETA 8 March
Now You See Me
Players: Louis Letterier (DIR), Morgan Freeman, Mark Ruffalo, Jesse Eisenberg, Michael Caine, Melanie Laurent
If you ignore the previous credits of director Letterier (The Transporter 1 & 2, Clash Of The Titans, The Incredible Hulk) and instead focus on the stellar cast, intriguing premise and potential magic of this heist-thriller about FBI agents tracking a team of bank robbing illusionists then you can understand my anticipation.
ETA 27 March
The Place Beyond The Pines 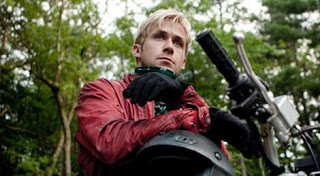 Players: Derek Cianfrance (DIR), Ryan Gosling, Bradley Cooper, Rose Byrne, Eva Mendes, Ray Liotta
In a year Ryan Gosling brought us Drive, Crazy Stupid Love and The Ides of March, whatever his next move, it was clearly going to be hotly anticipated. Reuniting with the director of ‘Blue Valentine’, ‘Pines’ tells the story of a motorcycle stunt rider whom in order to provide for his wife and child toys with committing a crime that puts him on a collision course with a cop-turned-politician. With a cast that also includes Bradley Cooper, Rose Byrne and Eva Mendes, I predict that this will be one helluva sexy film.
Also in an interview with screenwriter Ben Coccio he revealed that he “suggested that the movie be set in the kind of town I grew up in, Schenectady, New York. [Derek] told me his wife was from Schenectady. So, in looking for a title, I found out what ‘Schenectady’ means. It’s a dutch derivation of an Iroquois phrase which means, ‘The Place Beyond the Pines.’ It’s already too cool for its own good.
The Company You Keep 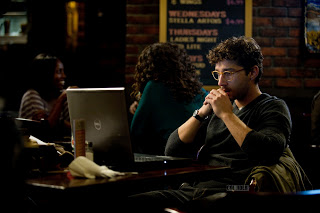 Players: Robert Redford (DIR), Shia LaBeouf, Julie Christie, Richard Jenkins, Brendan Gleeson, Anna Kendrick, Stanley Tucci
After Redford’s last directorial effort, the rather disappointingly lacklustre Lincoln-assasination movie ‘The Conspirator’, slipped under the radar, I’m really hoping his next project sees him back on form. This thriller wrapped filming in November 2011 and is due out sometime next year.
Just like ‘The Conspirator’ it features an unbelievably high calibre cast; not surprising for someone whose many years in the business must no doubt have acquired a reputation that’s like ‘bees to a honey-pot’ for actors. Screen veterans Susan Sarandon, Chris Cooper, Stanley Tucci and Richard Jenkins, as well as Redford himself should all add a touch of class to this thriller, which is centered on a former Weather Underground activist who goes on the run from a journalist who has discovered his identity.
The young’uns of the cast consist of LaBeouf and Kendrick, who can both be magnetic and charismatic under good direction, whilst indie darling Brit Marling ups the hype factor for this one massively. An intriguing film indeed, which will hopefully keep the likes of ‘Ordinary People’ and ‘The Horse Whisperer’ company on Redford’s success record.